The North American T-6 Texan, nicknamed The Pilot Maker, played a significant role in preparing pilots for combat in World War II and continued to be utilized well into the 1970s. Over 50 countries would use the T-6 as a trainer, forward air controller or light attack aircraft over its distinguished service career.

An American single-engine advanced trainer, the T-6 trained pilots of the United States Army Air Forces, United States Navy, Royal Air Force, and other air forces of the British Commonwealth during World War II and was considered the classroom for most Allied pilots. While not as fast as the fighters, it was extremely maneuverable and challenged the pilots enough to facilitate a natural transition to the more powerful and sophisticated fighters.

T-6 Texans remain popular Warbirds in airshow demonstrations as well as static displays. Additionally, some Texans have been retrofitted to simulate Japanese aircraft, including the Mitsubishi A6M Zero, like The Hangar at 743’s Tora 101.

Constructed in 1941 as a T-6 Texan/Harvard by North American in Dallas, Texas, USA. Déjà vu was taken into the United States Army Air Force and later transferred to the Royal Air Force as Harvard III EZ164. South Africa, part of the British Commonwealth, engaged in an initiative by the Joint Air Training Scheme schools to establish 24 flying schools. Subsequently, Déjà vu was transferred to South Africa and assigned the designation number of 7550. With 36 Air Schools, the Joint Air Training Scheme produced 33,347 aircrews, and became known as “The Battle of Training,” was considered by all a successful win.

Since the Texans had been supplied on lend-lease by the US, a portion of these planes were shipped back to the UK in 1946, after the war. The remainder were purchased by South Africa.

Déjà vu continued to train South African pilots until the early 1990s when the legendary trainer was retired and made its way back to the states in 1996. Purchased by David Prescott in 2016, Déjà vu is a favorite in the Hangar at 743’s collection, providing opportunities for the next generation to appreciate the aircraft as they learn about World War II. 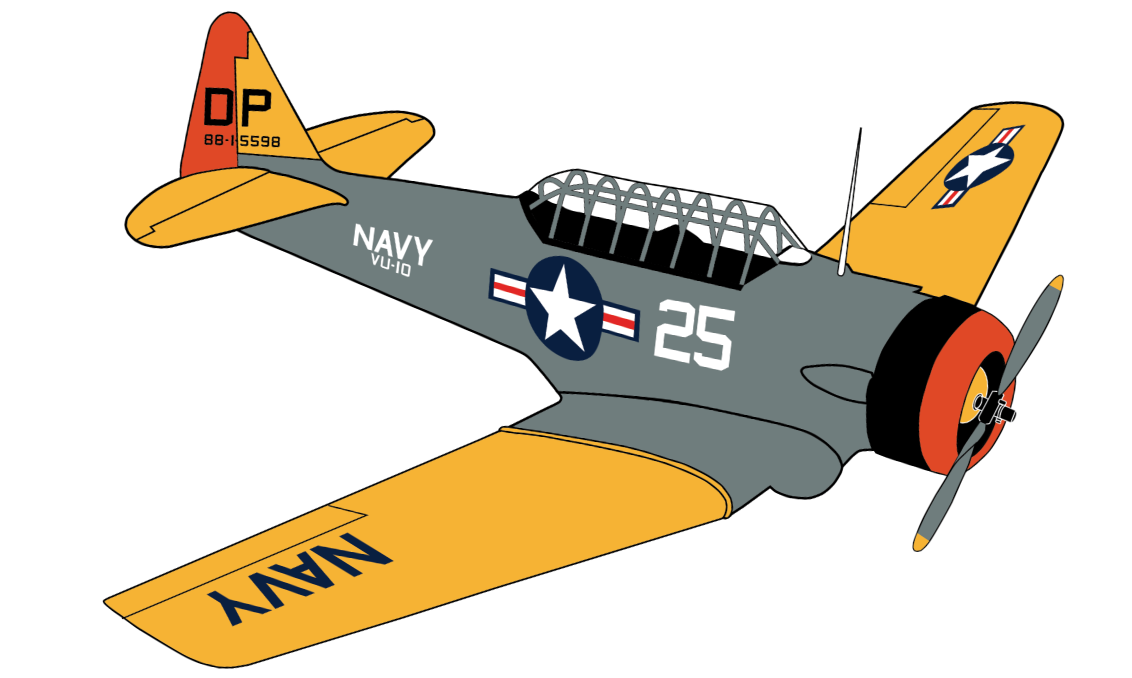 Keep up to date with news and events from The Hangar at 743, Home of the Warbird Factory!