Nite-on-the-Tarmac is back with a special guest and a special theme.

Meet Major Heather “Lucky” Penny. On September 11, 2001, MAJ Penny was one of two F-16 pilots who were dispatched to intercept United Airlines Flight 93 before it reached Washington, D.C. There was no time to arm her aircraft before takeoff. On 9/11 she was a relatively new officer. Her appointed mission, to collide with Flight 93 to force it down.

How often to you get to meet someone like MAJ Penny in person? Attend Nit-on-the-Tarmac so you can!

Our theme this year is Show us Your 80’s! So, pull out your yearbooks, go on line, or ask a friend what they wore back in the day. We’ll be recognizing those who show up doing the 80’s right. Have some fun with it. We’ll have a live band, hors d’oeuvre, cocktails (positive I.D. required), dancing, and a live auction. Plus, you’ll have a chance to enjoy the open air out on the tarmac with our vintage aircraft! 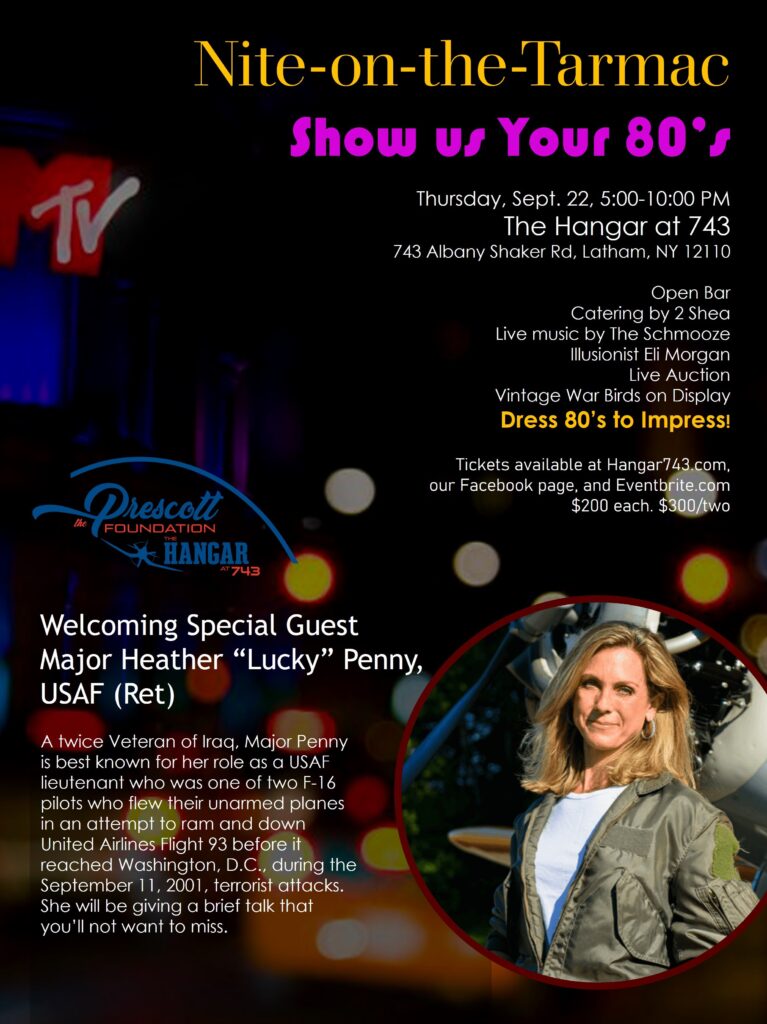